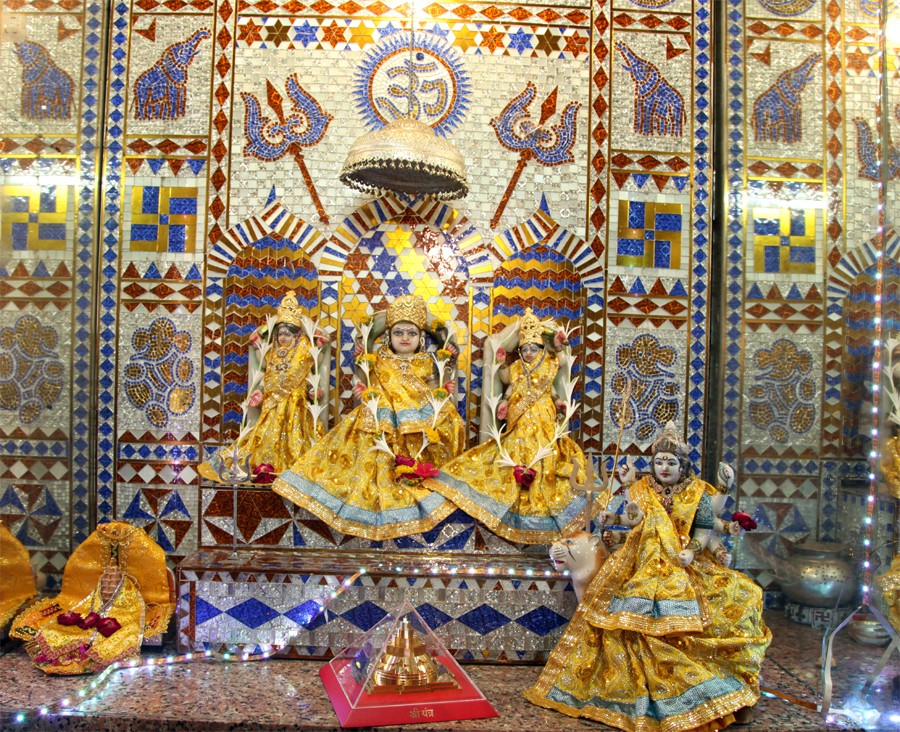 Goddess Lalitha Tripura Sundari is one of the manifestations of Goddess Shakti (Parvato). Words fail to capture the powers and beauty of Sri Lalita Tripura Sundari – she is beyond imagination. The Goddess is believed to have appeared when Shiva stared at the ashes of Kamadeva or Manmatha.

Shiva after the death of Sati had entered into a deep meditation. Without his energy no creation was possible and this led to an imbalance in the universe. To bring him out of his deep meditation, Sati took birth as Parvati. But Parvati failed to wake up Shiva from his meditation. Kamadeva, or Manamatha, the God of love was given the mission of disturbing the meditation of Shiva by infusing the seeds of love. But the glance of an angry Shiva burned Kamdev into ashes.

Devas and Rati, the wife of Kamdev, prayed before Shiva for the life of Kamdev. Shiva then stared at the ashes and from it appeared a demon named Bhandasura. He was so powerful that he made the entire world his slave. Sage Narada then requested the Devas to perform a yajna and from the fire of the yajna appeared Goddess Lalitha Tripura Sundari.

Her beauty was beyond imagination and humans did not have words to describe her. She married Kameshwara – Shiva as the epitome of manhood. She resided atop the Mahameru Mountain with numerous manifestations of Shakti surrounding her.

The Devas then prayed to her to destroy Bhandasura and restore Dharma. She is believed to have fought the mother of all battles with Bhandasura – some scholars are of the view that Bhandasura took various forms and Devi appeared in different forms to annihilate him. Finally, she killed Bhandasura with the Kameshwarastra. As per Her legend she then brought back Kamdev to life thus restoring the balance in creation which had come to a standstill with the death of Kamadeva.